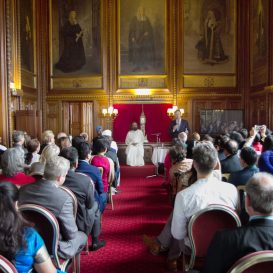 Sri Sri was introduced and invited on stage by Matthew Offord MP and the High Commissioner of India HE Navtaj Sarna, and Shailesh Vara, Parliamentary Under-Secretary of State for Justice, gave closing remarks.

As the United Kingdom faces numerous challenges on intercultural integration linked to the immigration crisis and religious fanatisism, Sri Sri’s message of non-violence was pertinent and was framed around how stress and anxiety can lead people to depression and tension, which can eventually become endemic in society. This then leads to ‘change’ being seen as something that challenges their beliefs and values, and therefore leads to conflict. He also spoke about the importance of education and the need for children to be raised with a broad vision and taught values from all religions and cultures, enabling them to connect better with each other.

Sri Sri also shared his recent success in mediating talks with the FARC leadership (Revolutionary Armed Forces of Colombia) and the Columbian government, which has led to greater stability in the area. Perplexed by the violence and civil unrest, the Columbian government had facilitated talks between Sri Sri and the leaders of the armed millitant group in Cuba, which led to a unilateral cease-fire after Sri Sri convinced them to adopt the Ghandhian principle of non-violence, following conflict which has claimed over 220,000 lives and displaced over 7 million people.

Sri Sri’s efforts are underpinned by yoga and meditation; his strategy is enveloped by compassion. He stated that neither at home nor at shool were we taught how to handle our negative emotions. Such emotions are a fact of life, but with tools and techniques that enable to to release the stresses of life and bring about peace and stability, lead to better descisions and greater connections with others.

Earlier in the day Sri Sri gave the keynote address and led a Q&A session at the Institute of Chartered Accountants for England and Wales (ICAEW) on ‘Leadership, Mind or Matter?’ where he shared his guiding principle of clarity in mind, purity in heart, sincerity in action to 250 accountants and business leaders. 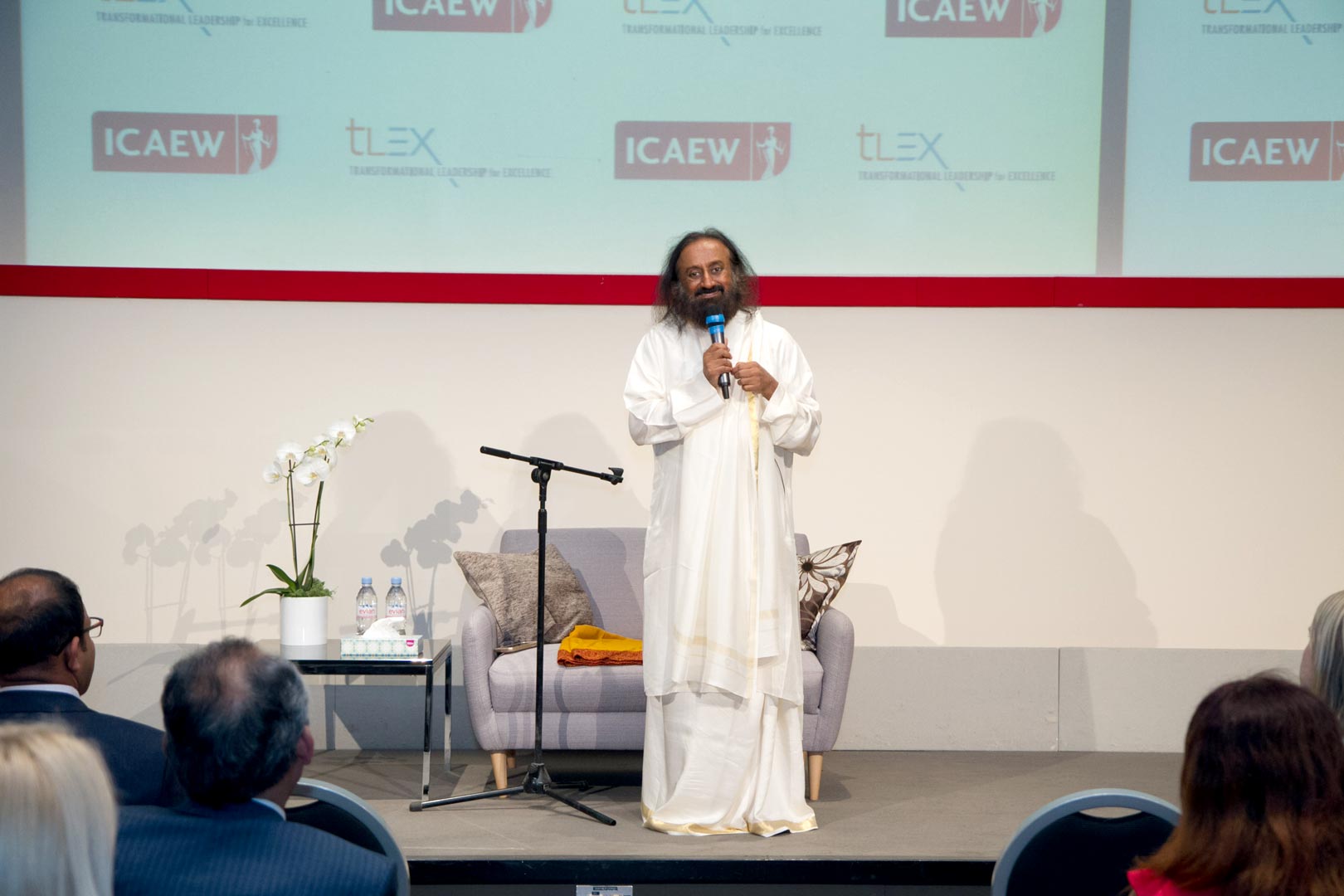 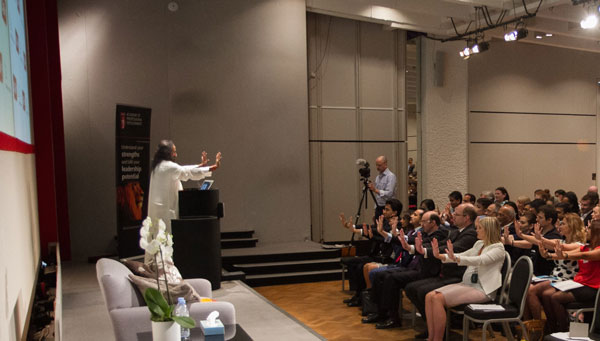 Sri Sri is currently on a five-city tour in the UK, which includes events in Manchester, Liverpool, Leicester, Edinburgh and culminates in London at the Royal Albert Hall on Sunday 19th June. The public tour is entitled “Meditation 2.0 – Go Deeper”, which see’s Sri Sri address the deeper comprehension and understanding of meditation.