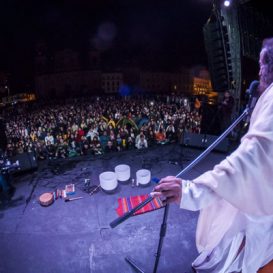 Gurudev Sri Sri Ravi Shankar is back in Colombia at the invitation of the Colombian government to take the reconciliation process forward.

After the past successful tours that culminated in the FARC committing to non-violence and a big thrust to the historic peace deal for Colombia, Gurudev is back in Colombia at the invitation of the Colombian government to take the reconciliation process forward.

The reconciliation meeting (MacroRueda) in Cali, Colombia, was inaugurated by Gurudev and presided by President Juan Santos. He also met with Alvaro Uribe, former Colombian president and the leader of the opposition, and discussed the approach and role of the opposition parties to take the peace process forward. Joshua Mittroti, director of Colombian agency for reintegration and Henry Acosta, Colombian peace process mediator were among the prominent stakeholders who had special meetings with Gurudev. 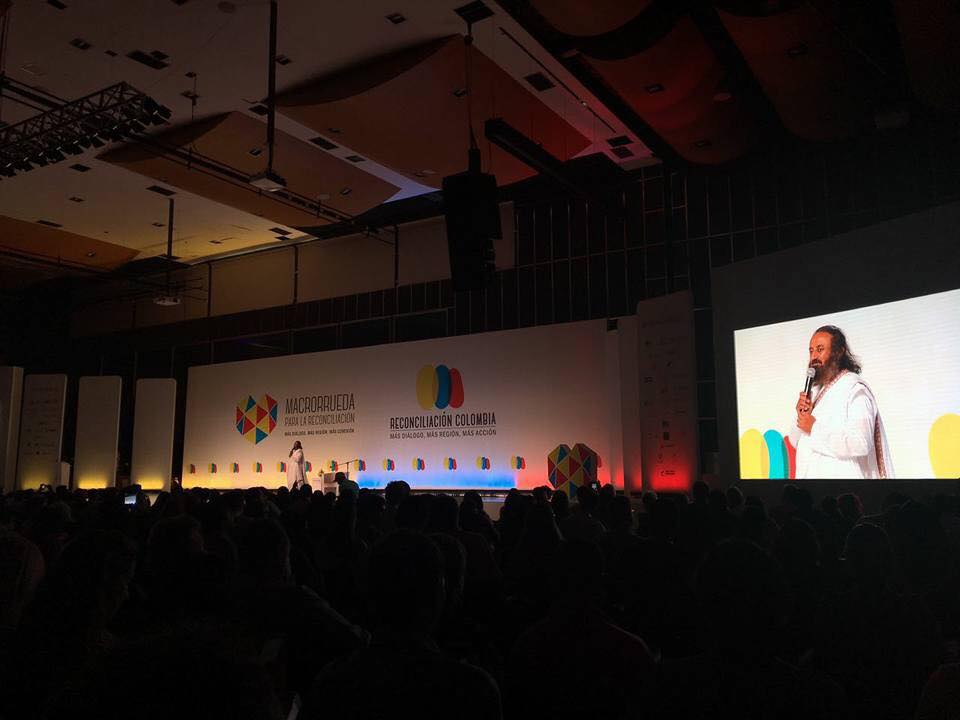 During his keynote address at the reconciliation conference Gurudev said it was important to reintegrate the FARC guerrillas into the mainstream: “The tendency in the civil society is to take revenge – we need to bridge this trust deficit. That’s why we started the forgiveness process. Without such a process, the common people will continue to treat the former guerrillas differently. They need to know that FARC people are also victims.”

About his proposal to work with the guerrillas Gurudev said: “We can give them trainings in small batches of 100-300 people. Yoga, breathing and meditation can help them see life from a broader perspective.” 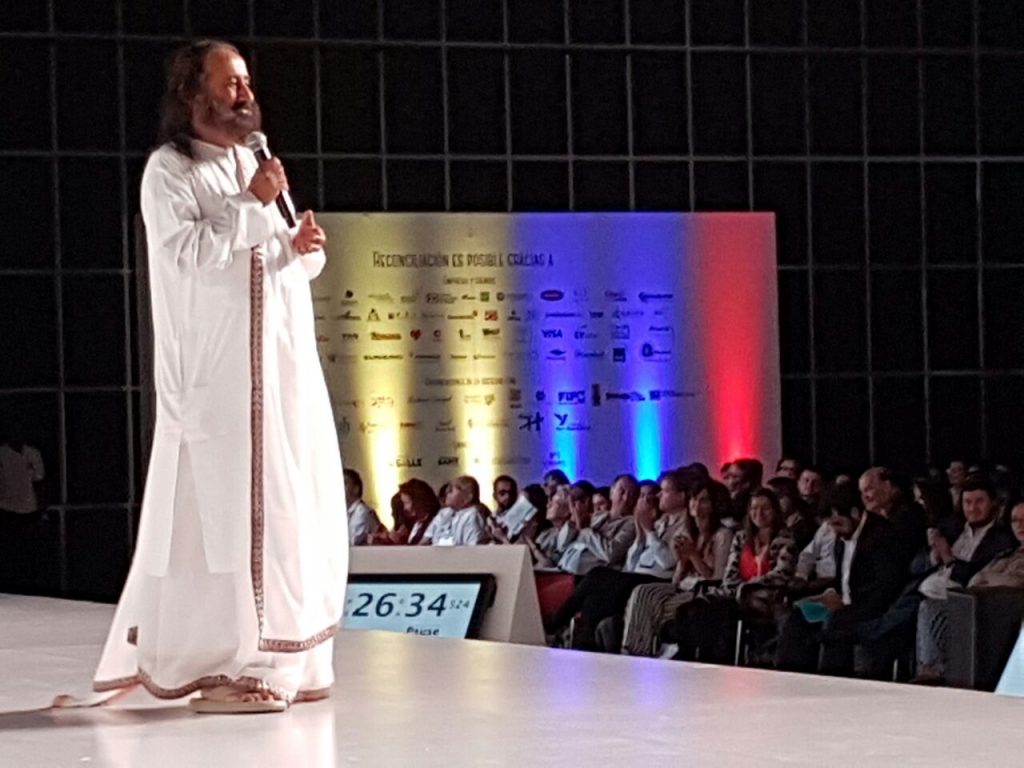 Gurudev engages with the audioence at Reconciliation Colombia

Since the announcement of the first peace deal between FARC and Colombia, the Art of Living is engaged in bringing the victims and the FARC face to face for a forgiveness process. It has been the most moving event in the war-torn country.

His meetings with the government, opposition leaders, prominent stake holders and general masses in Colombia has given a big boost to the challenging reconciliation process. 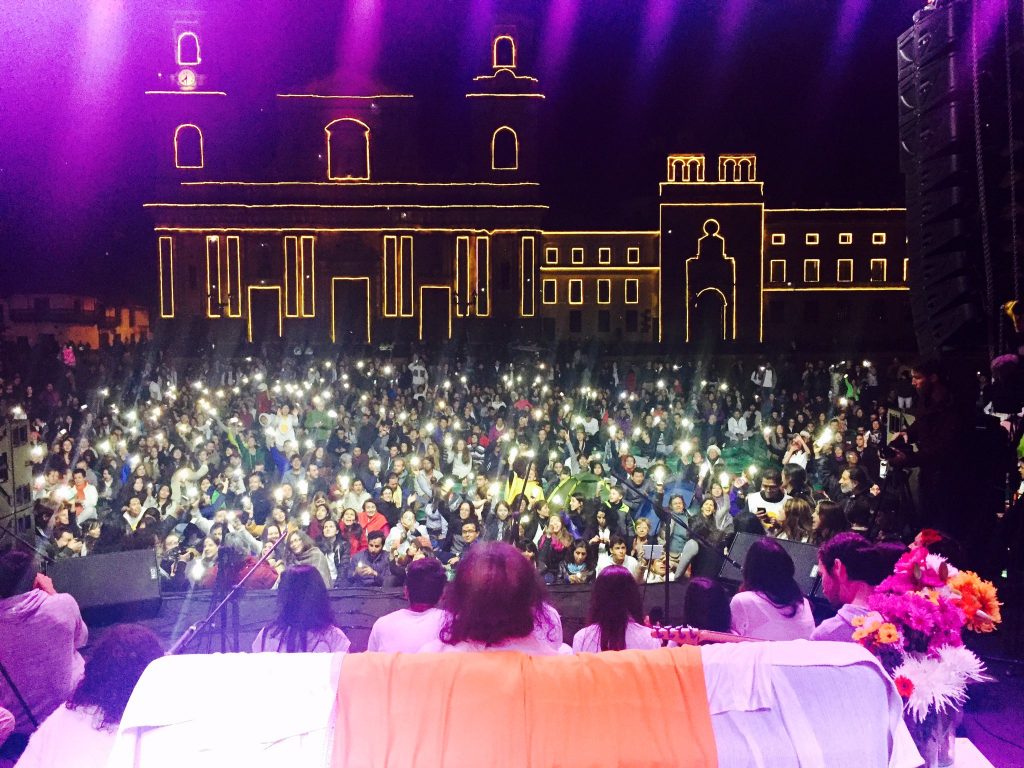 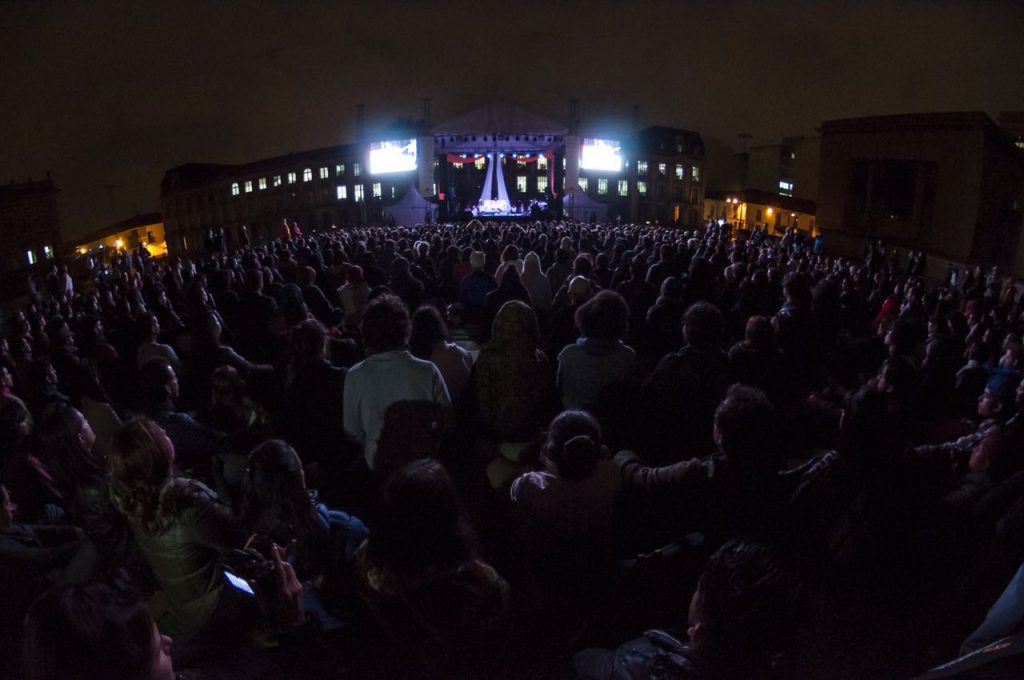 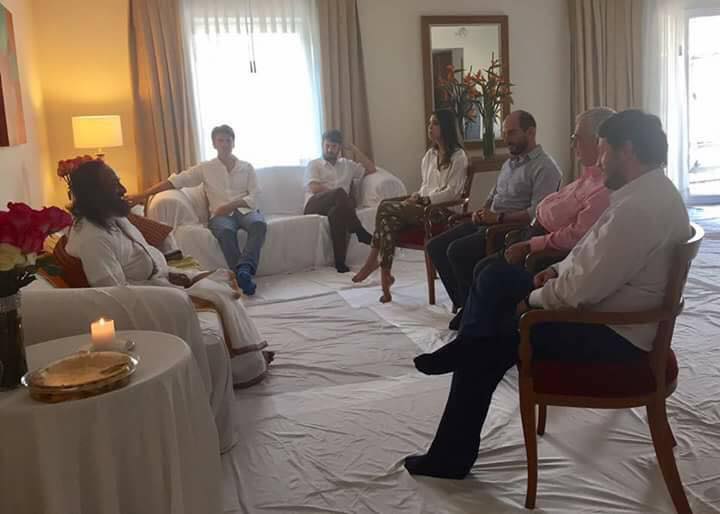 Enthusiastic crowds welcomed Sri Sri in Bogota and Cali. His public program at the historic Bolivar Square outside the Parliament saw massive participation of people from all walks of life. Members of the iconic and most popular Latin American rock band Aterciopelados meditated with Gurudev and sang two bhajans in his honor. Aterciopeladoshas won multiple Latin Grammies and been honored by the United Nations for their work denouncing violence in Colombia. 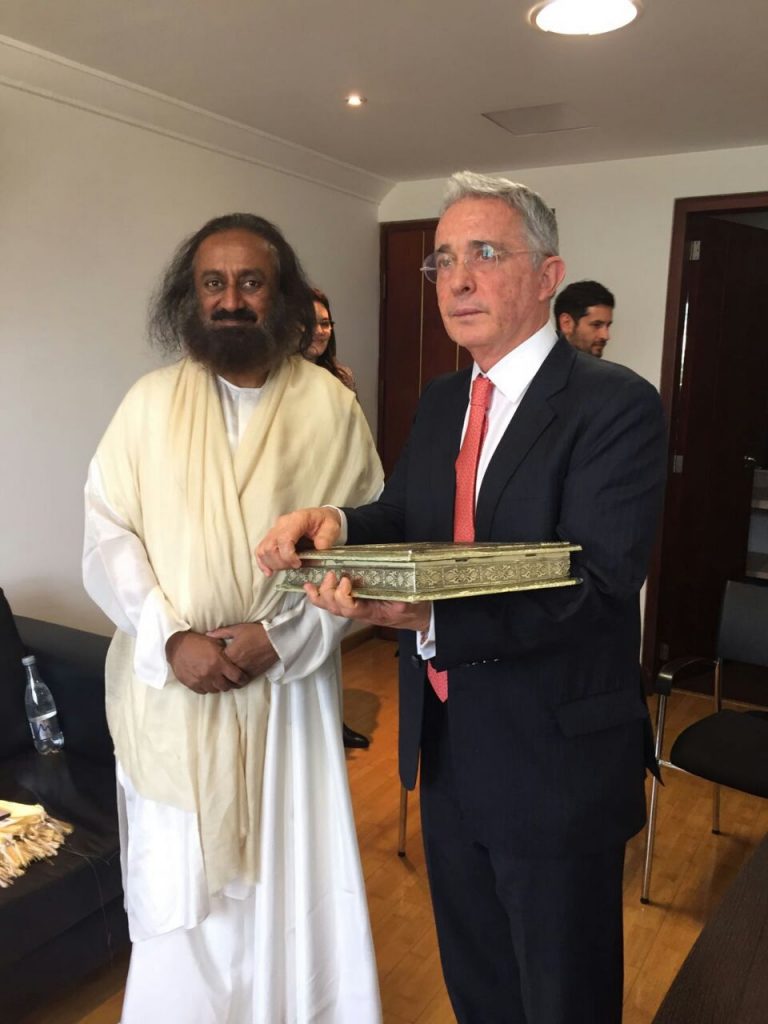 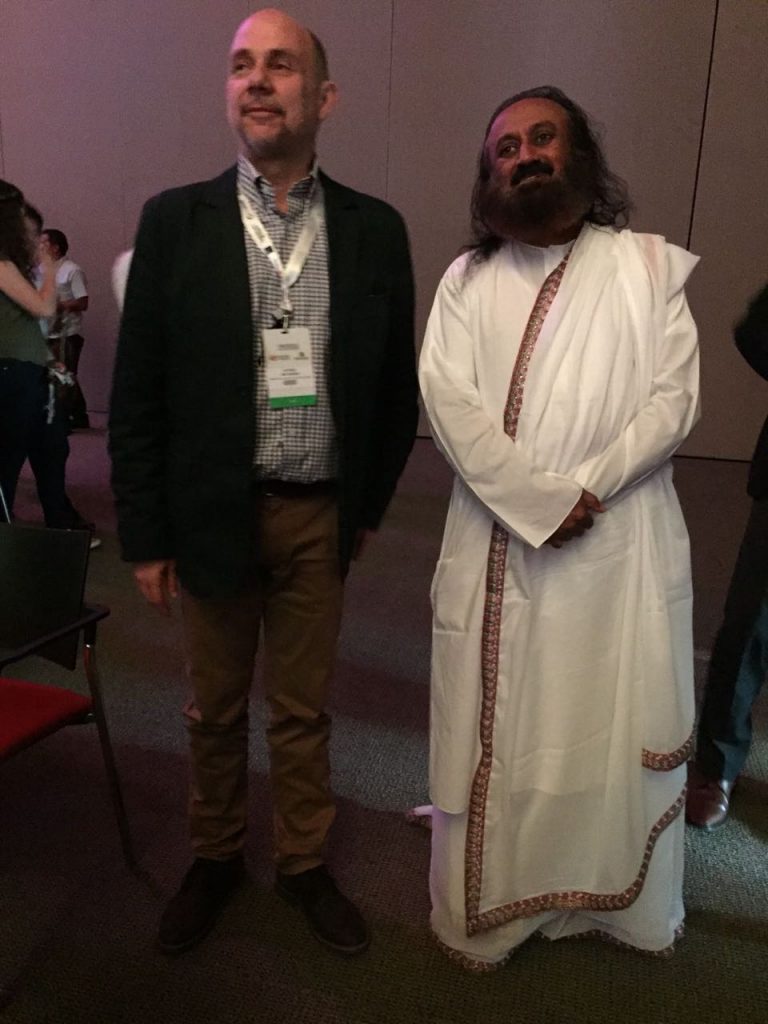 Gurudev with Ricardo Santamaria, Director of the Reconciliation Fund

Gurudev is now slated to visit violence-hit areas in Nicaragua and Salvador after addressing a large gathering in Mexico. For more than a decade the Art of Living has been active in several counties of Mexico, reforming thousands of prisoners and juvenile offenders and weaning the youth away from drugs and gun culture. Apart from tens of thousands of youth, thousands of prison guards and prison directors have benefited from the Art of Living programs. These initiatives have drawn the appreciation of several law-makers and experts in criminal justice system.  In Mexico Gurudev is expected to meet the leader of the Senate, top religious leaders, politicians, business leaders and even drug lords and gangsters in prison.

The 10 nation tour of South and Central America will take Gurudev to Mexico, El Salvador, Ecuador, Nicaragua, Costa Rica, Guatemala, Panama, Brazil and Venezuela. He would be initiating a dialogue with Colombia’s second largest guerrilla group, ELN, in Ecuador. It is the first ever initiative by an Indian to stem violence in this region struggling for decades to find ways to end unrest, drug abuse and mafia control in many places.