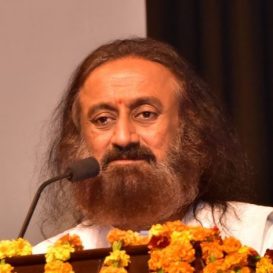 The Art of Living, founded by the humanitarian and spiritual leader, Gurudev Sri Sri Ravi Shankar, brought together multiple stakeholders to have a dialogue on the situation in Kashmir as part of the ‘Kashmir Back to Paradise’ Conference. These included ex-militants, families of victims of militancy, youth leaders, women, entrepreneurs, parents bodies, select Kashmiri NGOs, Sufi leaders, academicians, media, persons in art and culture, representatives of the Sikh community and dissenters including those who resorted to stone pelting to deliberate. It is for the first time in recent months that such a diverse and large representation of stakeholders from Jammu and Kashmir came together for a dialogue on peaceful and prosperous Kashmir. 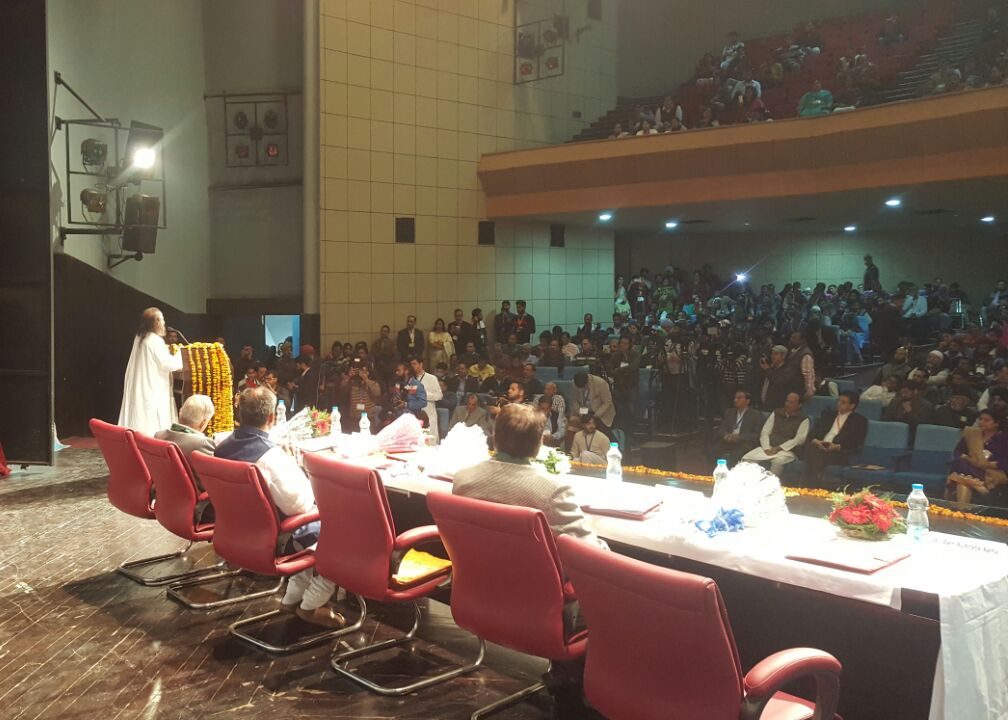 “Many of you have traveled 12 and 15 hours to get here because you are deeply pained by what has happened in the recent months,” said Gurudev Sri Sri Ravi Shankar, addressing this august gathering of Kashmiri stakeholders. “I have not come here with a ready-made solution. We will all have to come together, sit together and bring out a solution. Solutions cannot be found in the streets, not with stones and guns.” 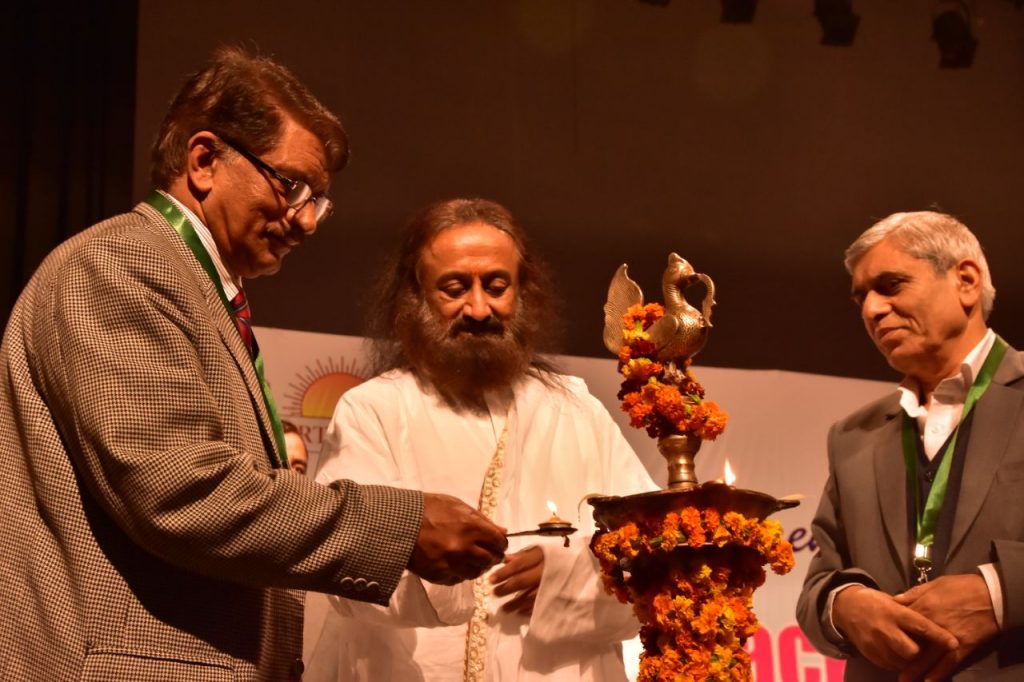 Many delegations from Kashmir who met Gurudev Sri Sri Ravi Shankar in the recent months, like Dr. Ghulam Rasool Hami, head of the J & K based Karwan-I-Islami, Muzaffar Wani, father of slain militant Burhan Wani, had requested Gurudev to intervene in Kashmir, given the immense goodwill, trust and confidence he enjoys among people across the political and social spectrum in Kashmir. 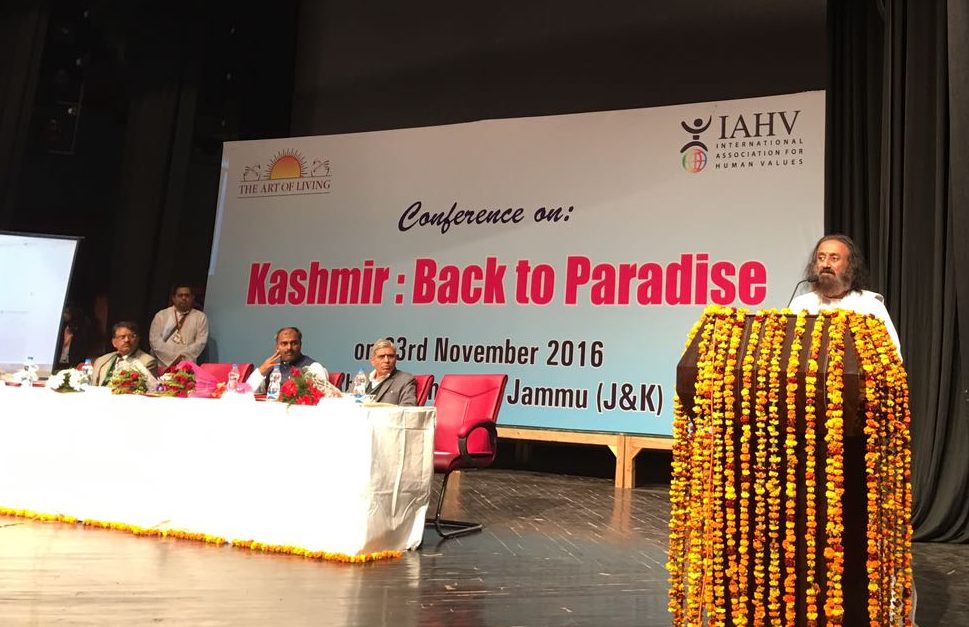 This is an effort on the part of The Art of Living to rally diverse stakeholders in an effort to restore peace in the valley. The conference provided a platform for a more broad-based approach where a cross-section of Kashmiri leadership voiced their opinion and support for the need for peace in the valley. By getting peoples voices heard, through working towards dispute redressal and opening channels of communication between different factions are various other methods being utilised in this process.

“Kashmir has been a bastion of the intellectuals, artists, spiritual leaders, Sufis, literary greats, Rishis and Munis. But unfortunately today, we are helplessly watching schools being burnt, schools and buses are being burnt, shops being gutted. There are many sane voices which are unheard. The common man is caught between strikes and curfews. So there is a dire need for a platform where common people can express their opinions, ideas. So I thought we should come together and form a platform, South Asian Forum for Peace.”- Gurudev Sri Sri Ravi Shankar

As the way forward, the South Asian Forum for Peace was launched. The Forum would span eight South Asian countries to bring them together, to co-operate and work in areas such as entrepreneurship, skill development, cultural exchange, educational partnerships and women empowerment initiatives among others.

This is not the first time that Gurudev has been involved in resolving geo-political conflicts. Gurudev was successful by using his good offices in bringing a five decade old civil war in Colombia to an end. For this, Gurudev was awarded the highest Colombian civilian award. His role in promoting the Gandhian principles of non-violence paid off. In 2015, Gurudev also visited Iraq to garner international support for the Yazidi community which unfortunately is nearing cultural and political annihilation due to the sustained ISIS attacks on its members. Closer home, in 2005, Gurudev, for the first time, hosted a landmark conference that saw the coming together of migrant Kashmiri Pandit community. Since then, Gurudev has invited various leaders to Bengaluru Ashram for dialogue in times of political and religious tensions and has also visited the valley a few times.