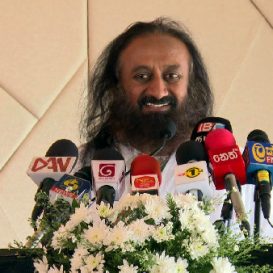 “For reconciliation, you need to drop the past and move ahead. For that, you need inner strength and spirituality can give you that strength. That’s what we promise to do,” said Art of Living founder and humanitarian leader Sri Sri Ravi Shankar when asked about the repatriation of Tamilians in Sri Lanka at a press conference here. “Bring the much-needed healing touch to the population, re-instil the confidence among each other and among the community. I am ready to do whatever is necessary to achieve this goal.”

Gurudev also spoke about working with youth to increase their potential, developing their skills and encouraging the indigenous system of medicine. Gurudev’s peace facilitation between the Colombian government and FARC rebels was also discussed, particularly in light of bringing two conflicting parties together. Emphasizing on the importance of harmony amongst people, Gurudev said: “Everybody must come together – in all ethnic, religious backgrounds. People must see that in unity there is strength, progress and prosperity. No community can grow in isolation and be happy.”

On a two-day visit to Sri Lanka, Gurudev will inaugurate  the Seetha Eliya Amman Temple in Nuweralia on May 18.

Gurudev has visited the island nation on numerous occasions – including during the war and visited refugees in the camps. He had called for peace and reconciliation in Sri Lanka and had urged the LTTE to give up violence and engage in dialogue with the Sri Lankan government. During this conflict, Art of Living volunteers have organized relief materials for victims of the conflict. Thousands of refugees and victims have benefited from trauma relief workshops conducted in Sri Lanka, including Nallur, Manipay, Velanai, Point Pedro, Invunil, Chavakacheri.

Inspired by Sri Sri Ravi Shankar’s creative peace-building initiatives for healing and reconciliation, The Art of Living Foundation Sri Lanka continued to deliver its life-supporting programs to several hundred ex-LTTE combatants placed at the Boosa Prison and the rehabilitation centers in Omanthai and Maradamadu.

Sri Sri’s knowledge and the Sudarshan Kriya breathing technique has helped more than 1800 ex-LTTE combatants to meaningfully reintegrate with the mainstream society.

The Art of Living has been conducting stress-elimination programs on the island nation since 2005. 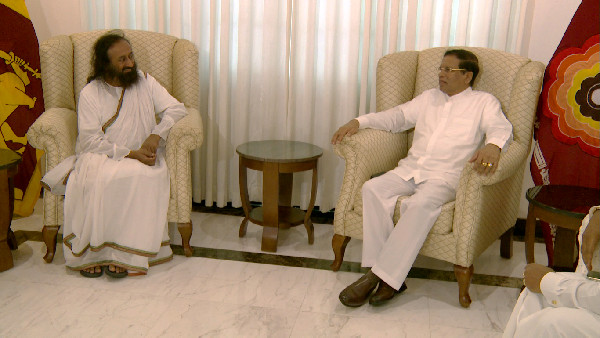 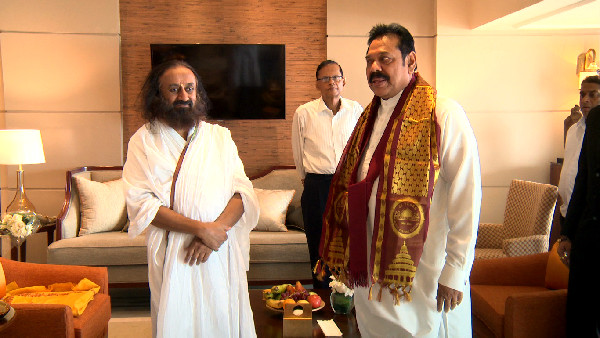 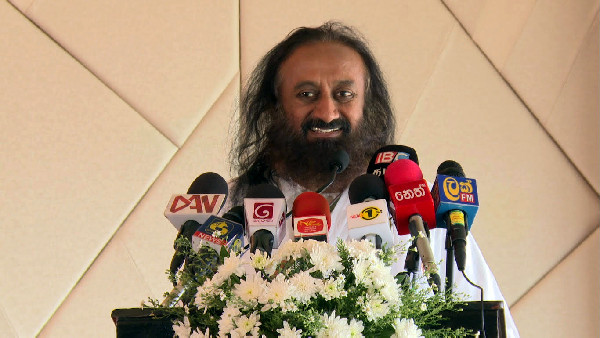