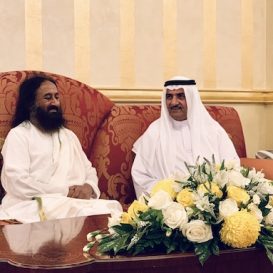 Gurudev Sri Sri Ravi Shankar and the Art of Living delegation was accorded a warm reception at the royal palace in Al Rumailah by Sheikh Hamad bin Mohammed Al Sharqi, Supreme Council Member and Ruler of Fujairah and the members of the Royal family, the Emirates and the Indian diaspora including M.A. Yusuff Ali, B.R. Shetty, Jawahar Gangaramani, and Ajay Khimji. Gurudev is on a four day visit to UAE on a special invite by the ruler of Fujairah. 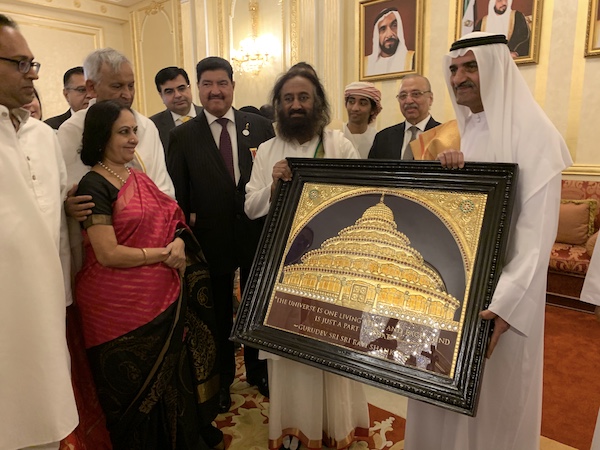 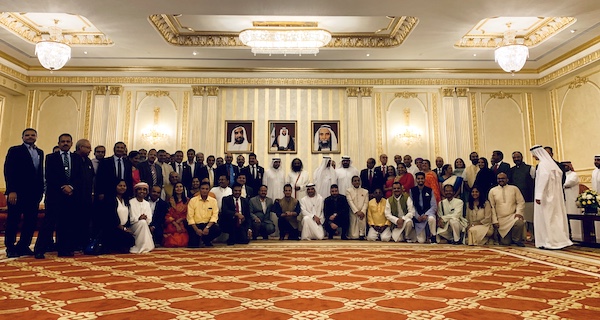 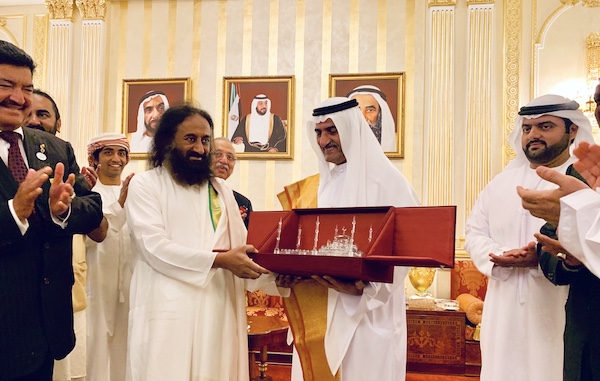 HH Sheikh Hamad bin Mohammed Al Sharqi, the Ruler of the Emirate of Fujairah received us in the royal palace with such warmth and hospitality. pic.twitter.com/ttPFqbXsS7

On Thursday, the packed Fujairah Football Stadium lit up in colors of culture and spirituality as Gurudev led thousands of Emiratis through a powerful meditation at Illuminate Peace event organized by the government of Fujairah to celebrate the country’s spirit of peace and harmony on International Day of Tolerance. 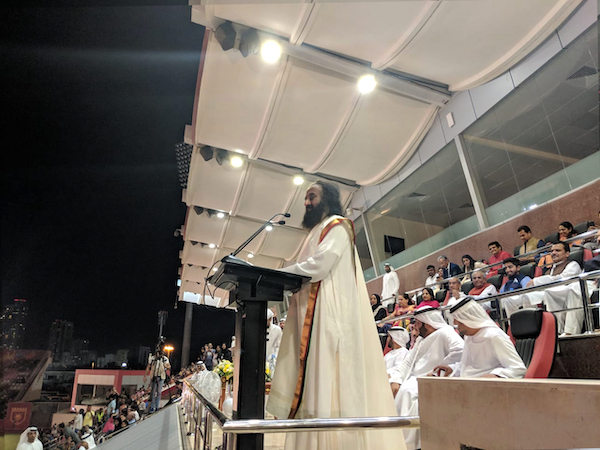 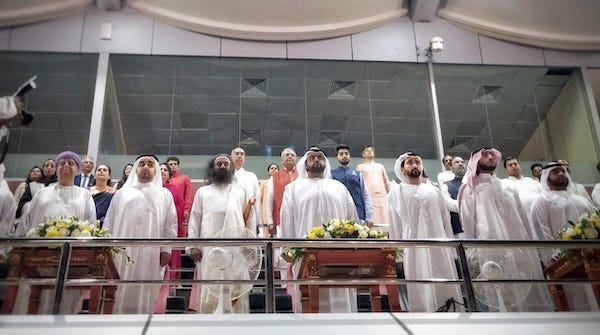 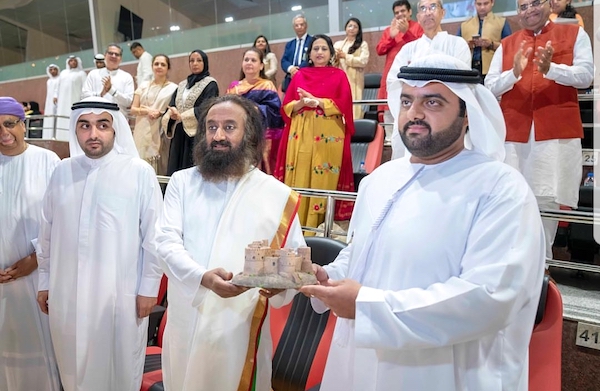 Sheikh Hamad said that the UAE has encouraged peaceful coexistence and unity between various cultures while affirming its commitment to tolerance, as well as its efforts to strengthen international unity. He commended Sri Sri’s humanitarian initiatives and contribution in upholding human values. 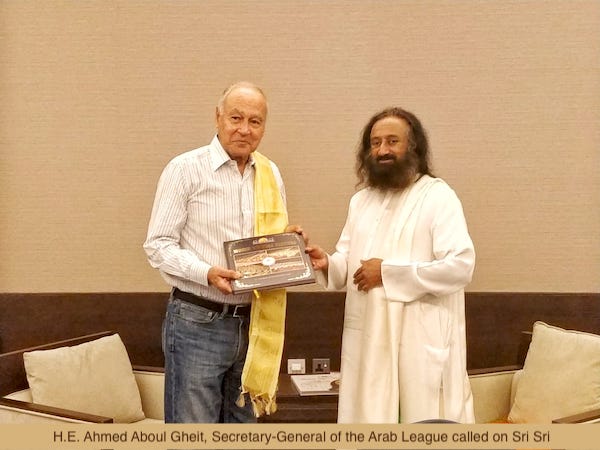 H.E. Ahmed Aboul Gheit, Secretary-General of the Arab League also called on Sri Sri to discuss the geo-political situation prevailing in the region.

Met H.E. Ahmed Aboul Gheit, Secretary-General of the Arab League of 22 nations. Had a brief interaction with the ministers of Iraq, Jordan, Lebanon and other Arab nations. Discussed the peace work AOL is doing in their countries. pic.twitter.com/ajfyWEXmLr

“We want to bring happiness in the whole Arab world,” Gurudev said while addressing the gathering, “The Art of Living is doing its bit to bring solace to the people of Iraq, Syria, Lebanon and Jordan.” He spoke about the values and need for diversity in a rapidly shrinking global village. He also shared why few minutes of meditation every day and knowledge about the breath is an unavoidable tool to fight aggression and depression in the modern society. Meditation was followed by a cultural program with traditional Arabic music recital, a Yoga dance and an Indian classical dance.

On November 16, in a lively interaction with over 5000 workers at Sharjah Expo Centre, Gurudev, shared simple practical keys to happiness and peace. 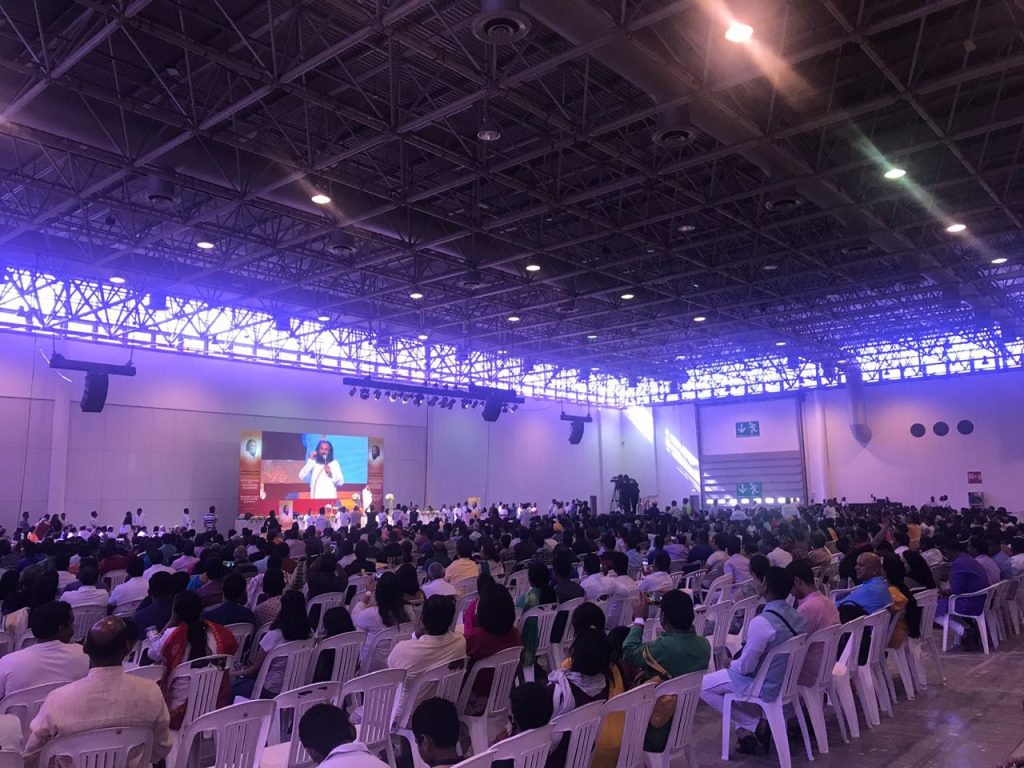 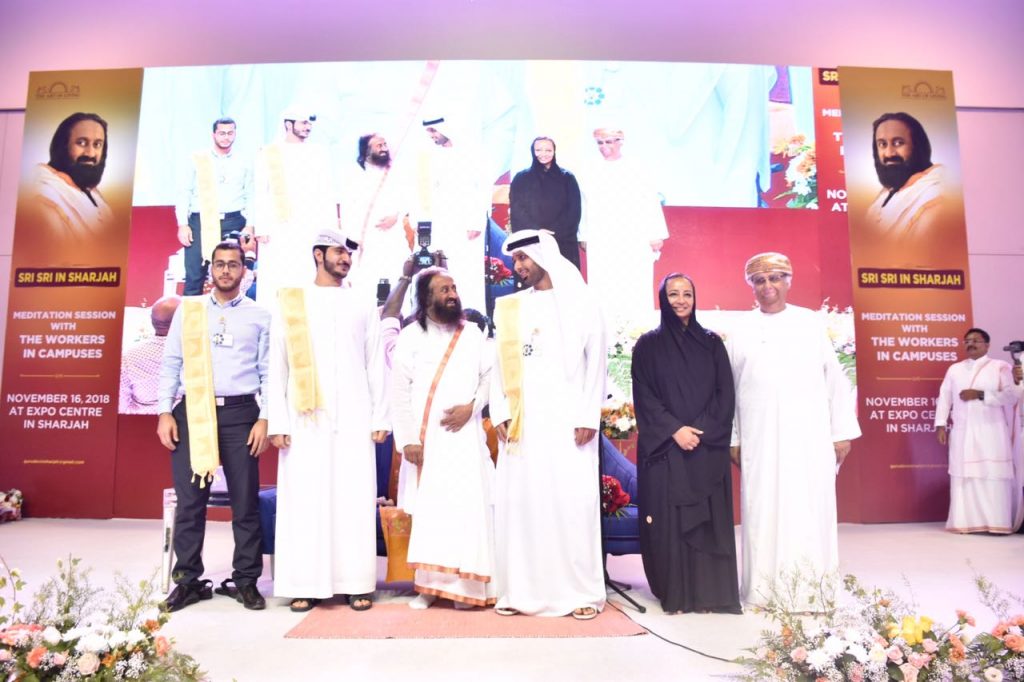 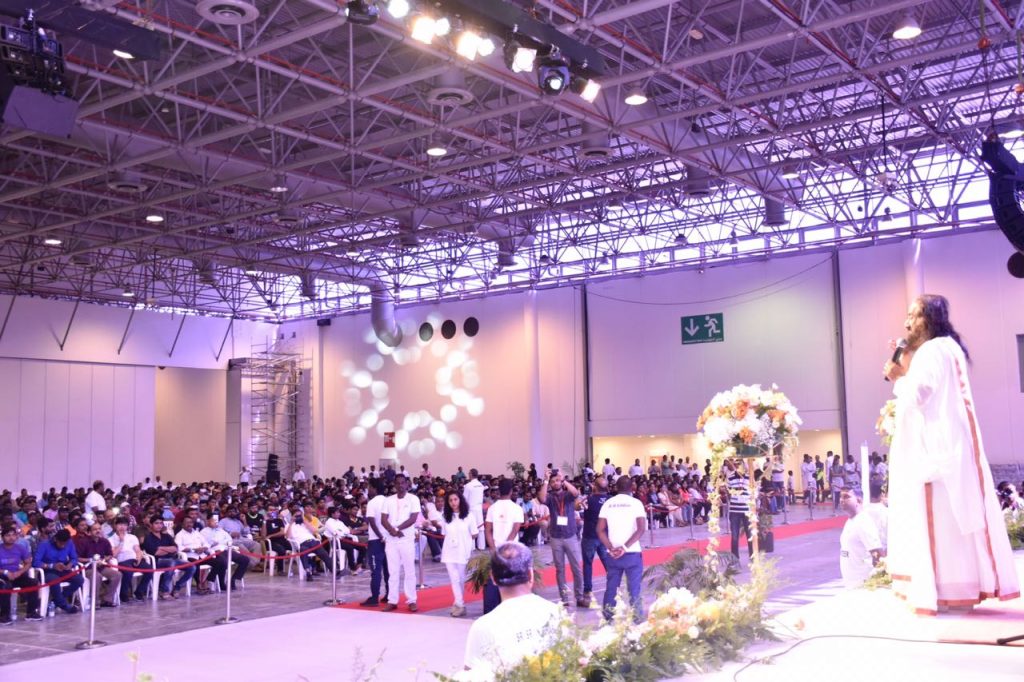 Between 16 and 17 November, as part of ‘Unveiling Infinity’ program, Gurudev will lead over 6000 participants through a unique two day masterclass in ancient meditative techniques, yoga, simple exercises and practical wisdom that hitherto lay buried in esoteric texts.

#SriSriRaviShankar to hold yoga sessions in #UAE this weekend https://t.co/b3vDNyESq8