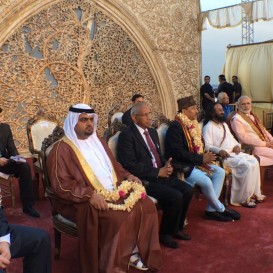 It was a spectacle befitting the coming together of the entire world as one family. The Art of Living’s World Culture Festival had a grand opening in the presence of more than six lakh people in New Delhi who joined Gurudev Sri Sri Ravi Shankar today. The festivities included a glorious symphony of 8500 artists, a spectacular Kathak ensemble of 1000 artists, ancient chants of peace, thousands of dignitaries, and a sea of humanity…

The Prime Minister of India, Narendra Modi, inaugurated the grand celebrations with a rousing address: “I compliment Gurudev for completing this mission of service since 35 years to over 150 countries. India is so diverse and it has so much to contribute to the world. Through Art of Living the world has got to know about India. I remember a reception by Art of Living family in Mongolia. The World Culture Festival is like the Kumbh Mela of Art and Cultures.”

The World Culture Festival is a celebration of 35 years of Art of Living’s service to humanity, spirituality and human values. The festival symbolises harmonious co-existence and celebrates diversity by bringing together the power of the people on a common platform. It was a celebration in true sense with the vibrancy of dance and also serenity of music.

Marking the momentous occasion, Gurudev said, “In India we have always dreamt of the World as one Family. Today that dream seems to be taking shape into reality – “Vasudhaiva Kutumbakam” – We are all one. People have come from far and wide – right from Argentina, Mongolia, Nepal etc. and I welcome you all here, and I would say that you have all come to your home. This is a spiritual home for you all.”

“Today we are giving out a very strong message of oneness to the whole world when it is so much needed, when there is so much gap between communities, nations, between ideologies etc.” he added.

The magnificent event lived up to its promise of the world’s largest celebration of diversity on the opening day with stellar performances from the finest of talent from all over the world.

The festival began with the exotic strains of the Naadaswaram as dignitaries from all over the world were welcomed on stage. 1000 scholars sang vedic chants from ancient scriptures that resonated with peace, which is at the core of the festival.

The highlight of the evening was The Art of Living Grand Symphony, where 8500 musicians mesmerised the audience with their music. The evening also witnessed magical performances showcasing the rich dancing traditions of India, including a Kathak Ensemble, of 1000 artists choreographed by none other than Padma Vibhushan Pt. Birju Maharaj. 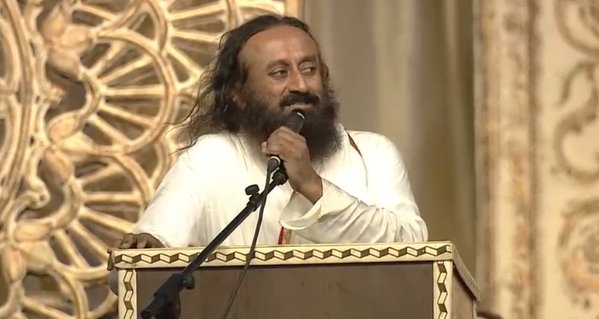 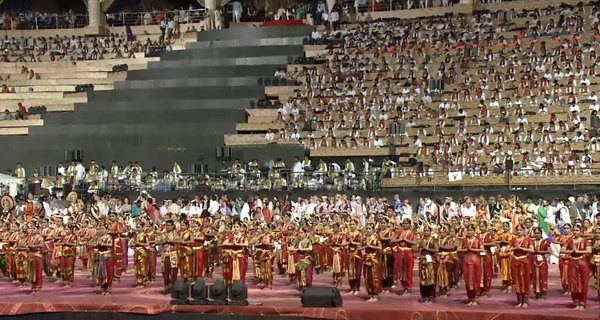 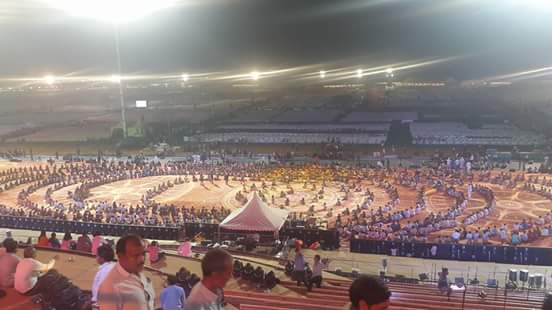