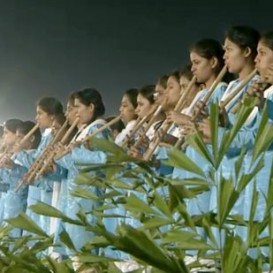 The Art of Living hosted a historic symphony – Venunaad – in Nashik , bringing 5378 flutists together on one platform, to write a new chapter in the history of music.

The event which aimed to reinforce the power of music to spread peace and happiness was attended by 500,000 people. Capturing the confluence of spirituality with music, the evening was a triumph of the brilliance of Indian classical music and a spectacular demonstration of this ancient legacy of India. 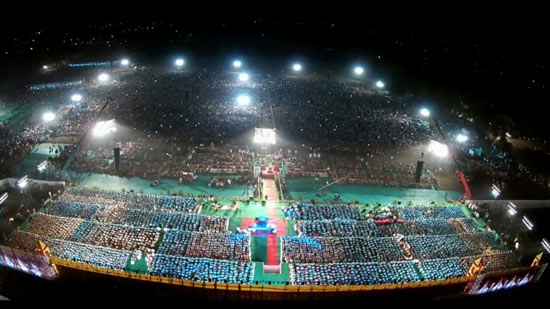 Inspired by Sri Sri, the event saw the flutists perform under the guiding baton of renowned flutist, Pt. Ronu Majumdar, while the revered exponent of the instrument, Pt. Hariprasad Chaurasia, was the guest of honor. 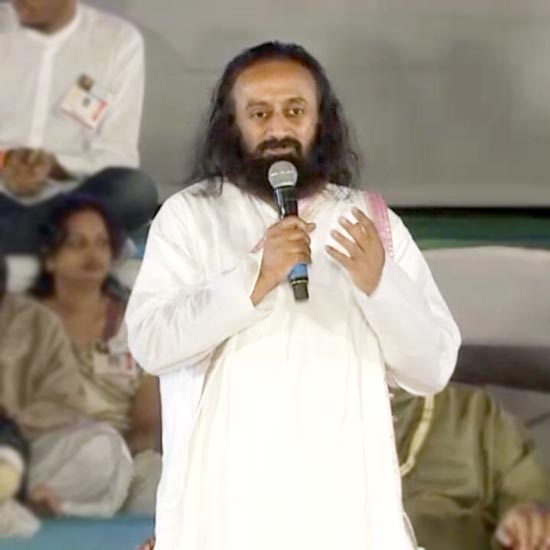 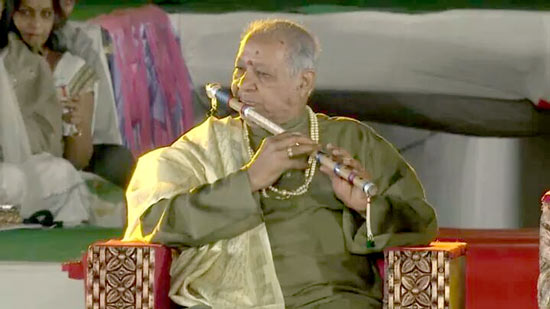 Speaking on the occasion, Sri Sri said, “Music is a very important part of our life. A child learns language afterwards, but first learns to make sounds. Today, when there is tension, depression, and terrorism, it is time that we wake up and awaken the humanness that is deeply embedded within us.”

Throwing light on the significance of the event, he said, “A sign of an intelligent one is one who spends time in discussing knowledge, music. It has been a tradition since the times of rishis. We have seen life in totality. We have taken knowledge, music, devotion together. Only India can send the message of peace to the world.”

As a testimony to our multi-ethnic heritage and cultural vitality, flutists from all walks of life came together in this celebration of unity and harmony. These included artistes aged 5-75 years of age.

The flutists perched on a mammoth 30,000 square feet stage enthralled the audiences with the soothing melodies, based on Raag Yaman. The soulful evening got a special touch when the legendary maestro Pt. Hariprasad Chaurasia and Sri Sri joined the musical celebration with their flutes during the concluding ceremony which ended with the symphony of ‘Vande Mataram’. 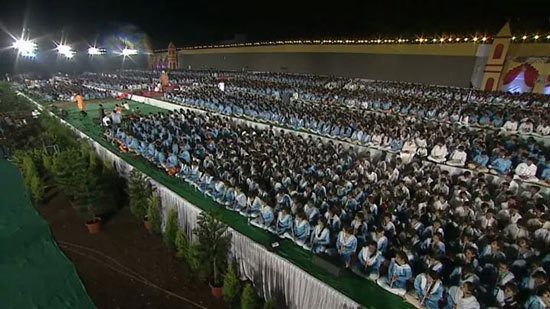 Present at the event, were numerous dignataries, politicians and businessmen. Sri Sri encouraged the citizens of Nashik to clean the three rivers – Godavari, Kapila, and Nasradi. He also urged the central and state government to treat river rejuvenation as an emergency.

Venunaad is the latest in a symphony-series hosted by The Art of Living. The organization has always made sincere efforts to increase awareness about Indian Classical music in India and around the world and to epitomize the universality & unifying power of music to spread the message of peace and harmony. Coming from different sections of society, artistes have performed together in previous concerts like:

The event was a part of Sri Sri’s two-day tour of Maharashtra, titled ‘Sounds of peace’.

On 11th Jan, SriSri led 3 million people worldwide with ‘Chants for Global Peace and Happiness’ at MMRDA grounds, Mumbai. Transport Minister Nitin Gadkari, Education Minister Vinod Tawde, MP Arvind Sawant, Social worker and politician Shaina NC were also present at the event. This unique event was an earnest endeavour by the Art of Living to promote peace and harmony at a time when the world is grappling with fear, turmoil and despair.